ON THIS DAY: Positive Thinking Day 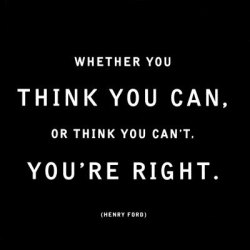 The difference between can and cannot are only three letters. Three letters that determine your life’s direction.

September 13th is Positive Thinking Day.  Nobody likes a pessimist, except other pessimists.  Being around positive people puts you in a better mood and has been proven to produce better outcomes.  Try waking up in the morning and thinking just one positive thought.  If you start your day with something positive there’s a better likelihood it will continue throughout the day.  Stuck in traffic on the way to work?  Who cares!  It could be a lot worse.  At least you have a job.  Think positive. Be positive.

On This Day: National Mule Day 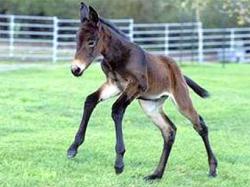 Did you know that male mules are often call "Johns"? Big Pimp'n!

Git’ along now donkey! Or eh…mule.  It’s about time someone recognizes these workhorses (or work-mules?).  Mules must be very confused creatures.  If you stop to think: they’re not a donkey, they’re not a horse, and they’re sterile.  Talk about an identity crisis!  One thing they do have going for them – work.  Nobody can deny that these beasts are hard workers.  They certainly put forth more effort than some people around DCP ::cough:: ::cough:: Cassius!  March 31st is National Mule Day and marks the beginning of a 4-day celebration.  Don’t have anything better to do this weekend?  Check out the Mule Day festivities!

Also On This Day:

The New Four Loko hits shelves December 13th.  We know these guys are excited! Be prepared for a bigger disappointment than Brad & Jen’s break up!  Ok, maybe not.  But removing the caffeine, i.e. “the Loko”, is like removing Alvin from the Chipmunks, or Topanga from Boy Meets World.  It just doesn’t work.

Did you know: "Topanga" and Lance Bass attended their HS prom together